Home
Featured
Dog Found 2,000 Miles Away From Home After Going Missing For 2 Years

Cedar, a German shepherd, was only four months old when someone stole her from her family. The unfortunate incident happened back in May 2017, and two years later, she suddenly turned up about 2,000 miles away from home.

According to reports, the thief seemed to have opened the Peterson family’s front gate in Southwest Ranches in Florida. He snatched Cedar but left the three other dogs behind. After the robbery, the Petersons desperately searched for their beloved pup. However, Cedar disappeared without a single trace.

Reunited and it feels so good!!! Cedar has landed! Stolen two years ago from her home in Florida, Cedar was found…

In April 2019, the Peterson family heard about a piece of unexpected news. A county marshal found Cedar, who was injured and trembling in a snowy ditch in Hugo, Colorado. According to Deputy Marshal Steve Ryan, Cedar was covered with snow, so he passed by her twice before he noticed her.

Because Cedar would not get up, Officer Ryan had to pick her up and carry her in his car. The officer said that Cedar was wet and seemed to be malnourished. He took her to a local veterinary hospital where she was scanned for a microchip. This was how they learned that the Peterson family owns the dog.

Wings of Rescue is proud to play a role in Cedar’s journey home. As a 4 month old puppy, She was stolen from her home in Florida 2 years ago. She was found by a heroic Hugo Colorado Marshall in a ditch, covered in snow with an injured leg and taken to his ho e for care. A microchip was found and today Wings of Rescue’s Cathi Perez flew in to drive her 7 hours to Kansas City so Cedar can board tomorrow’s Wings of Rescue/Cloud Nine Rescue Flights partnership flight to reunite with her beyond excited family! Miracles do happen – especially when you microchip your pet(s)!Please help us pay for Cedar’s flight home by donating at www,wingsofrescue,.org/donate.

Tamara Peterson, Cedar’s mom, said that hearing about her pup was almost like the day she learned that she was pregnant after five years. It was a huge surprise. When Tamara learned that she would be reunited with Cedar, she immediately broke down in tears.

Cedar flew back to her family in Florida through the help of Wings of Rescue. This is an animal charity organization that flies animals out of shelters that are overcrowded. Now, after two years and two thousand miles, Cedar finally had the happiest homecoming.

Nobody could tell who took Cedar or how she ended up that far away from home. Although the Petersons would love to know about the details, for now, they want to focus on the positive side. As Wings of Rescue noted in their post, the family is now “reunited, and it feels so good.” 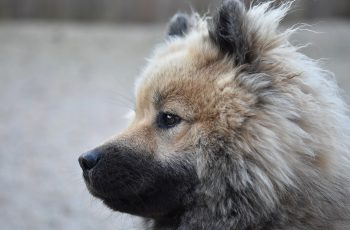 There is nothing better to watch than inspirational stories, just … 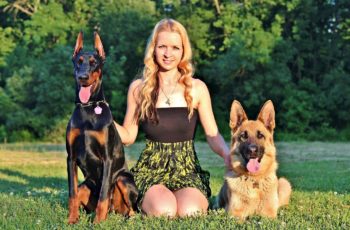 Many people dedicate their lives to save homeless dogs. They …