Cloning has been one of the most important breakthroughs in modern science. For one, it helps in protecting certain species from extinction. But it could also be used for other applications, such as biology and agriculture.

A family’s late dog had been cloned to preserve his memories, one of which was a big, heroic act.

Marley, an important part of the family

Marley was just a puppy when David Tschirhart got him. As Marley grew, the pooch had become part of David’s many exciting life happenings, from graduation to a cross-country move and marriage.

David said that Marley was always aware and very adaptable. The dog even learned how to live in his tiny apartment in Manhattan. However, Marley’s most amazing and heroic moment happened in 2014. The dog was 12 years old then and was already nearing the end of his life.

David and his wife Alicia, who was then four months pregnant with their first child, went hiking to the top of San Diego’s Battle Mountain. Marley was with them. About a quarter-mile into their adventure, Alicia went to another path to look for a walking stick.

Marley, who was on David’s leash, suddenly ran and started clawing the ground where David’s wife was extending her hand. The couple, who was confused, looked down and realized that a coiled rattlesnake was just inches away from Alicia’s hand. As Marley intervened, the snake quickly slithered away.

As they got home, the couple realized how lucky Alicia was.

A few months later, David and Alicia welcomed Madeleine, their first child. On the other hand, Marley, the loyal and heroic dog, was diagnosed with cancer and passed away.

Before the pup died, David found out about the company called ViaGen Pets & Equine. This company specialized in preserving a pet’s cell that could be used for cloning.

The family banked on the company, hoping that it could bring Marley back into their lives. After some years, the couple welcomed another daughter named Colette. They deemed it was already time to clone Marley and bring a copy of their old dog.

Marley’s clone, Ziggy, was brought to the family home last year. And the Tschirhart girls already fell for him. David and Alicia said that Ziggy reminded them so much of Marley. 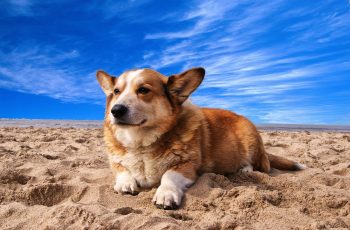 It’s soothing to be in the midst of a large … 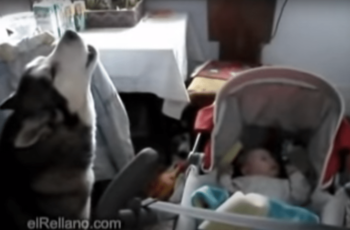 When you have a dog and a baby in the …