Dogs are no doubt a part of the family because when they go missing, everybody always gets together to search for them.

Two Great Pyrenees breed farm dogs were lost before a substantial rainstorm flooded the neighboring areas. Their anxious mother asked family and friends for help and went out to look for them. The pair was found a few days later, stuck on a flooded creek with downed trees surrounding them. 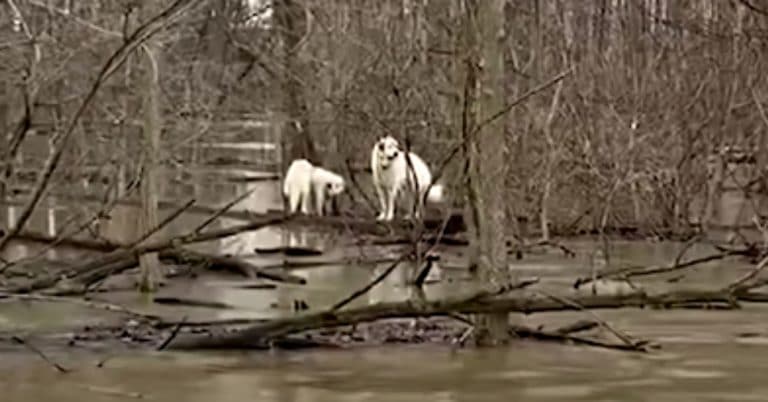 They found a dry area to stand on, although all around them was deep water. The mom’s friends got there on a boat and started forging a path towards them. Charlie, one of the dogs, kept barking to his mom, who was standing by on the riverside. She kept assuring the dogs that help was coming.

The rescuers got to the dogs after cutting through downed tree limbs and steering around obstacles. The next challenge was getting the dogs onto the boat safely. They first tried calling the dogs’ names out to persuade them into getting onto the ship, but the dogs’ were unsure of the boat in front of them.

Somebody said that if the other dog, Libby, got on first, Charlie would follow suit. Libby was also the lighter one between the two and should be the more comfortable to lift onto the boat. Libby got onto the ship with no problems, but Charlie slipped and began falling into the water. 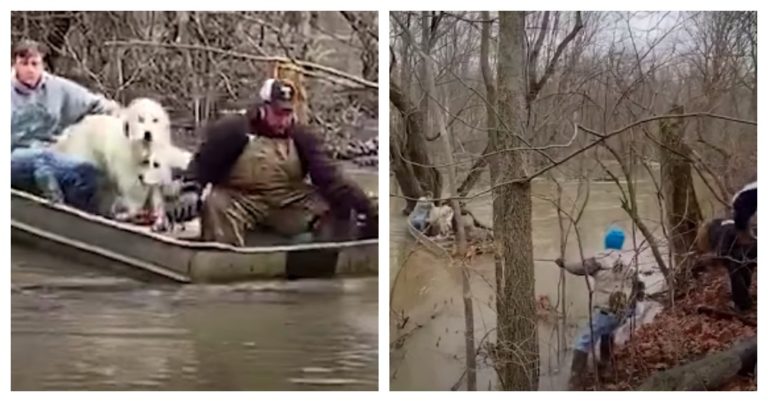 Luckily, one of the rescuers was able to grab him and get him on board. Once they were all safe and secure, everyone onshore started pulling them to land using rope and a vehicle. 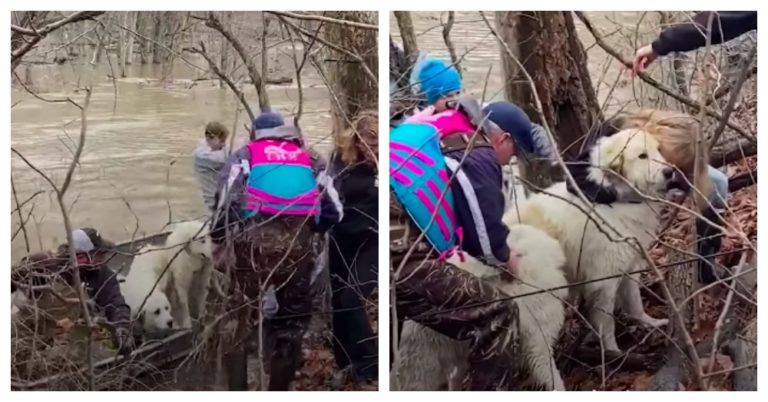 Mom immediately hugged and kissed the two after they reached land. The video of their rescue went viral, with more than 2 million people viewing it. Everybody praised the rescuers, saying that watching it was nerve-racking and scary, but the ending was sweet and worth it.

Watch Charlie and Libby get rescued in the video below. 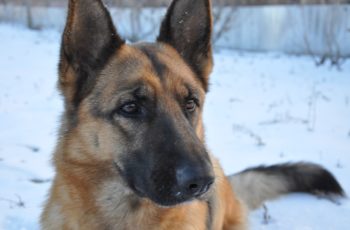 Cedar, a German shepherd, was only four months old when …

It’s soothing to be in the midst of a large …